Declaration on the 2nd Stage of Design Internationalization

The Design College of Dongseo University issued a declaration on September 4 regarding its vision for the 2nd Stage of Design Internationalization. According to the official declaration, Dongseo University’s Design College will become not only a top design school in Korea but will grow to stand shoulder-to-shoulder with the most prestigious design colleges around the world. The vision declaration ceremony was held at the DSU Cultural Center on the second day of the 2019 Dongseo International Design Week. President of Dongseo University Jekuk Chang; Dean of the Design College Kim Soon Gu; Chair Professor Ico Migliore; President of the Korea Institute of Design Promotion Kang Kyung-tae; Representative of Monthly Design Park In-hak; and Section Manager of the Architectural Economy Department of Busan Metropolitan City Ha Hyun-il all attended the ceremony. 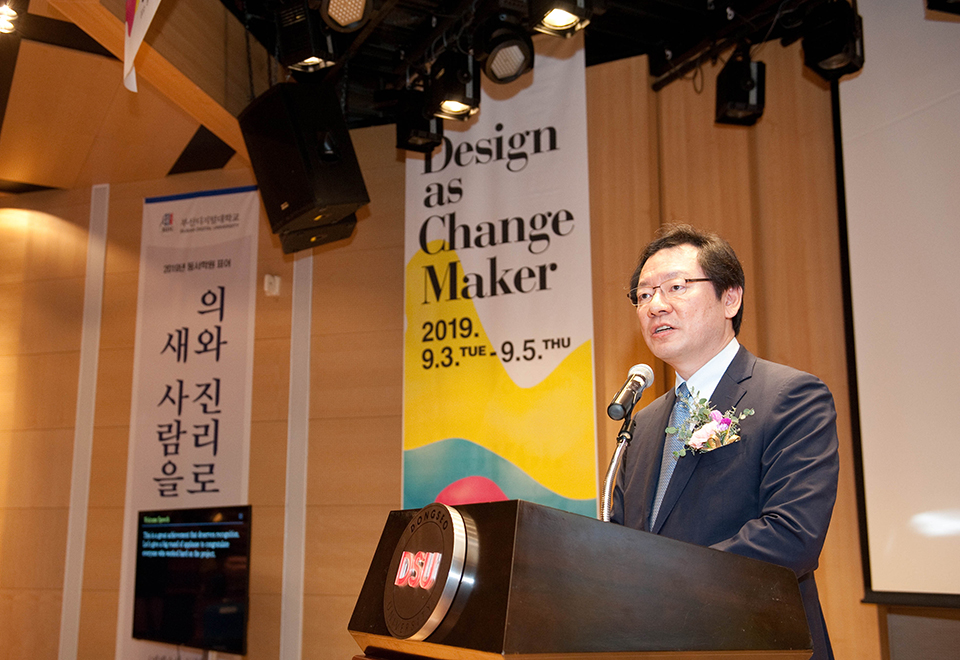 President Jekuk Chang emphasized that “Since its foundation in 1992, Dongseo University has focused on and intensively fostered design as a specialized field. We have invited many excellent professors, and we have done our best to build the necessary educational infrastructure. As a result, our Design College has grown to be the best design school south of the Han River on the Korean peninsula.” He added, “Our Design College is never satisfied and never gets complacent based on prior achievements. To become a globally leading design-specialized university around the world, we declare the 2nd Stage of Design Internationalization.” 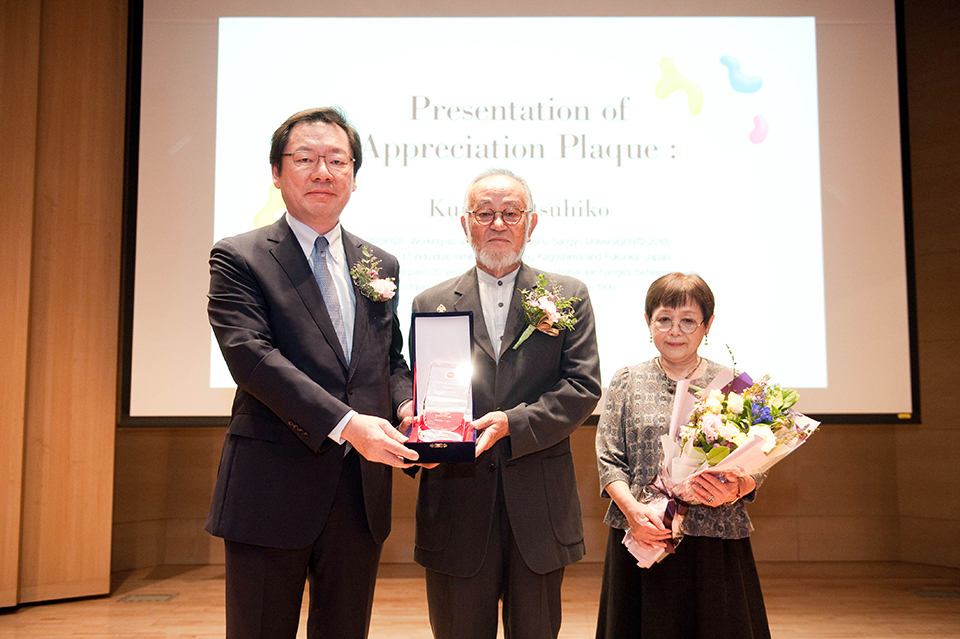 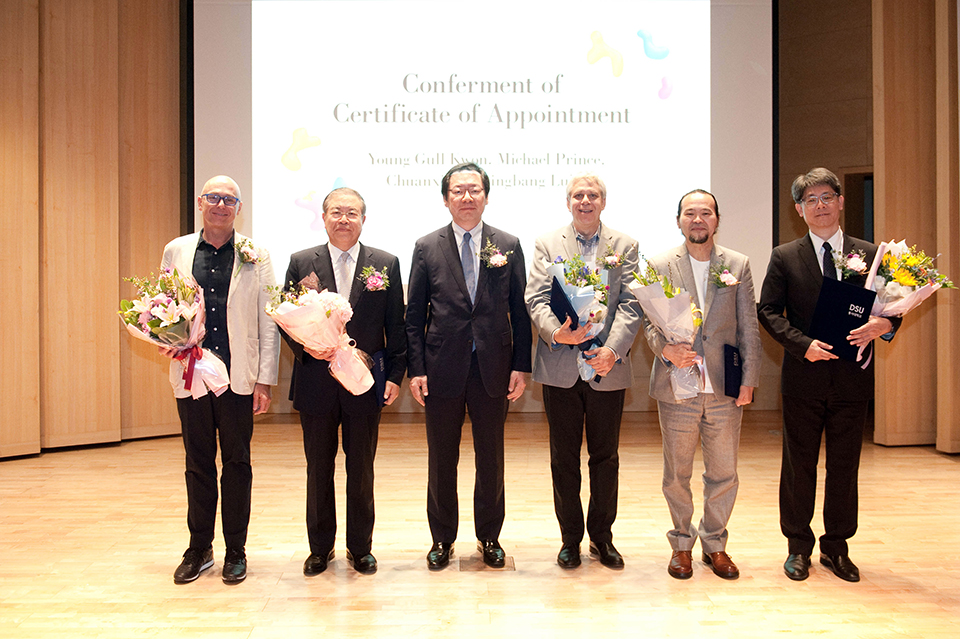 Following the declaration of the vision of internationalization, Certificates of Appointment for Chair and Visiting Professors were awarded to five world-class design scholars and design specialists including Kwon Young Gull from Korea, Ico Migliore from Italy, Michael Prince from the United States, and Ding-Bang Luh (Taiwan) and Gu Chuanxi from China. 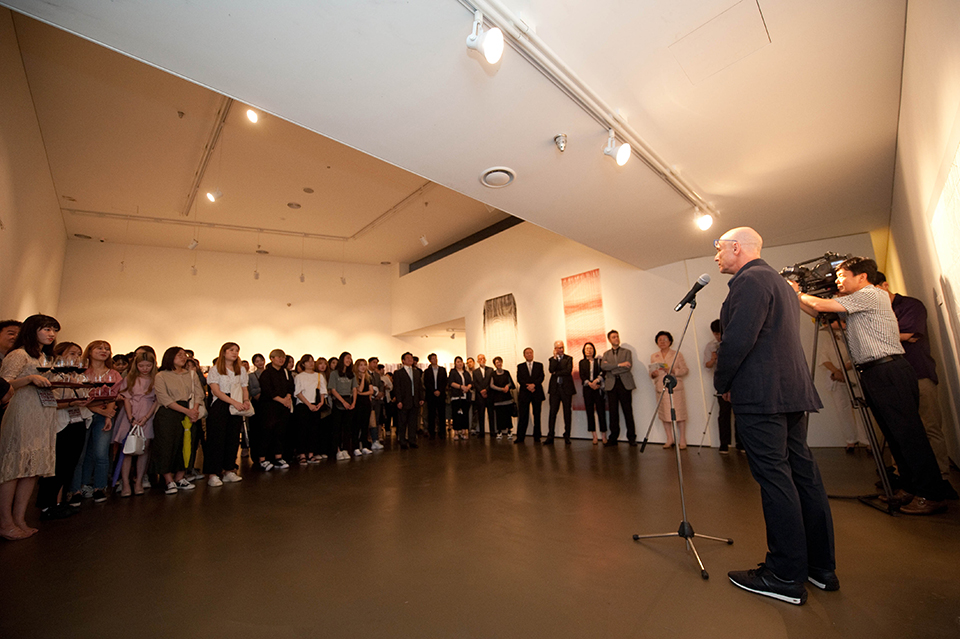 Professor Ico Migliore’s Lightmorphing Exhibition was held at the Centum Campus’s Sohyang Art Gallery on September 3. In his exhibition, Professor Migliore introduced designs focusing on the relationship between light, structure and space. Lightmorphing is a series of processes that interact with light and infuse vitality into dynamic installations as shapes are determined, intertwined, and amplified between spaces. 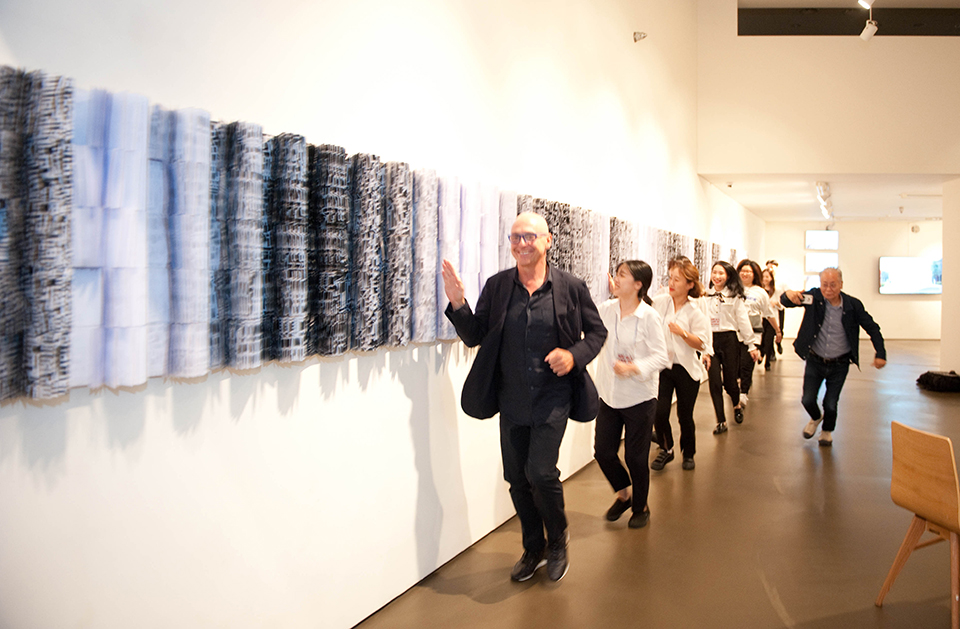 On September 4, an academic conference was held at the Cultural Center, where five scholars who were appointed as Chair or Visiting Professors gave special lectures (“design talks”) on the theme of Design as Change Maker. Looking forward to the upcoming Fourth Industrial Revolution, the scholars' lectures expanded on the power and role of design to change the world we experience in terms of function, appearance, lifestyle, behavior and social issues. 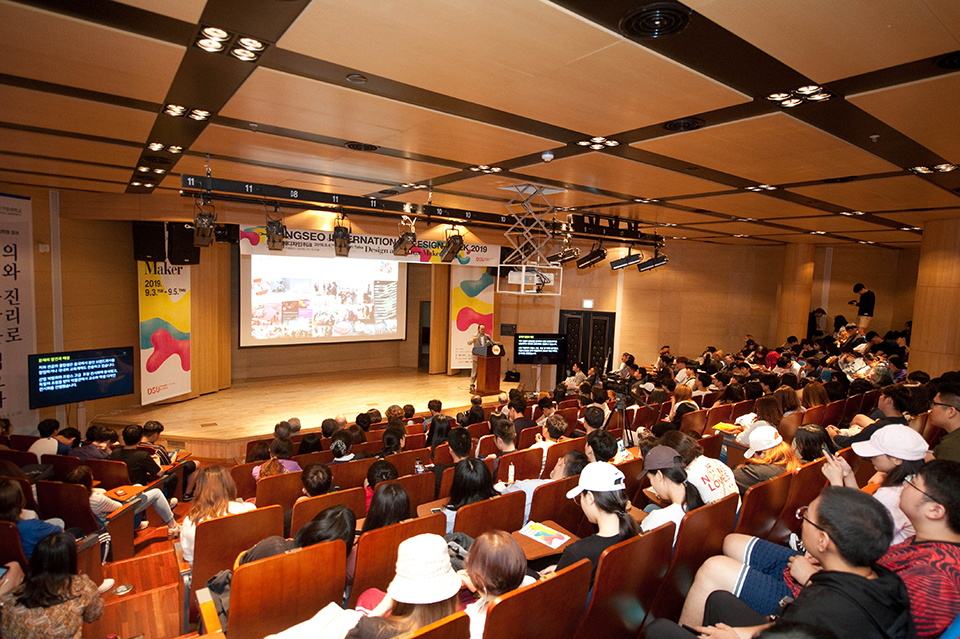 On September 5, Professor Kwon Young Gull and Professor Ico Migliore discussed public design at Sohyang Art Gallery at the Centum Campus. It was a good opportunity to hear about public design from two great masters of Korean and Italian design.