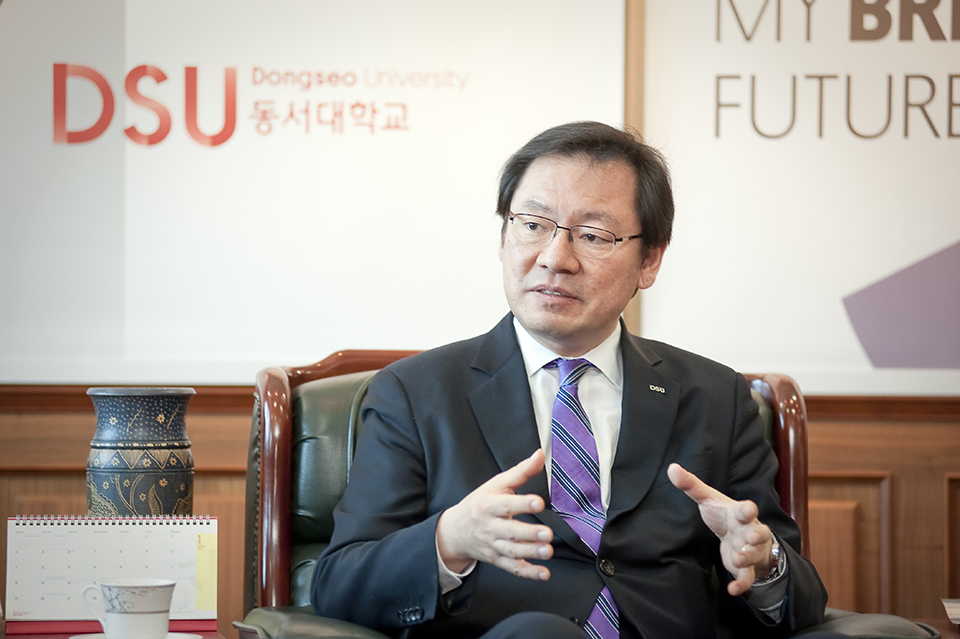 In a special general meeting held at the K-Hotel in Seocho-gu, Seoul on January 22, Dr. Jekuk Chang, President of DSU, was elected Chairperson of the Korean Association of Private University Presidents (KPU). The 22nd person to hold the position, the term of office shall be two years from April 8, 2020 to April 7, 2022.

Membership in the KPU is gathered from 153 four-year universities nationwide. Established with the aim of promoting the sound and balanced development of private university education through mutual cooperation between private universities, its main tasks include: facilitating joint consultation on the development of private university education and the general improvement of the national tertiary educational system; facilitating joint consultation on strengthening the autonomy of private universities; the establishment and procurement of proposals for the financial expansion of private universities; and the promotion of exchange and cooperation projects among member universities.
Newly-elected Chairperson Dr. Chang is a graduate of George Washington University in the United States. He holds a J.D. degree in Law from Syracuse University, also in the United States, as well as a Ph.D. in Political Science from Keio University in Japan. Since 2011, he has served as President of DSU in Busan, and has also served as a policy advisor to the Ministry of Foreign Affairs and as Chairperson of the President’s Regional Council of Busan, Ulsan, Gyeongnam, and Jeju Universities. In addition, his current roles include membership of the Higher Education Korea-China-Japan Exchange Expert Committee of the Ministry of Education; Director of the 21st Century Political Society; and membership of the steering committee of the Korea-Japan Forum.
LIST