On May 15 Jan Peter Balkenende, Former Prime Minister of the Netherlands, gave a special lecture at Dongseo University. Mr. Balkenende was Prime Minister of the Netherlands from 2002 to 2010. He addressed issues such as the globalist agenda, global institutions and sentiments of anti-globalization. Over 70 people attended the lecture, including Global Studies Institute Dean Kim Hekyung, students from the Department of International Studies, and students from the Dongseo Honor Society. Guests from the Dutch embassy in Korea, including Second Secretary Agnes Agterberg, were also in attendance. 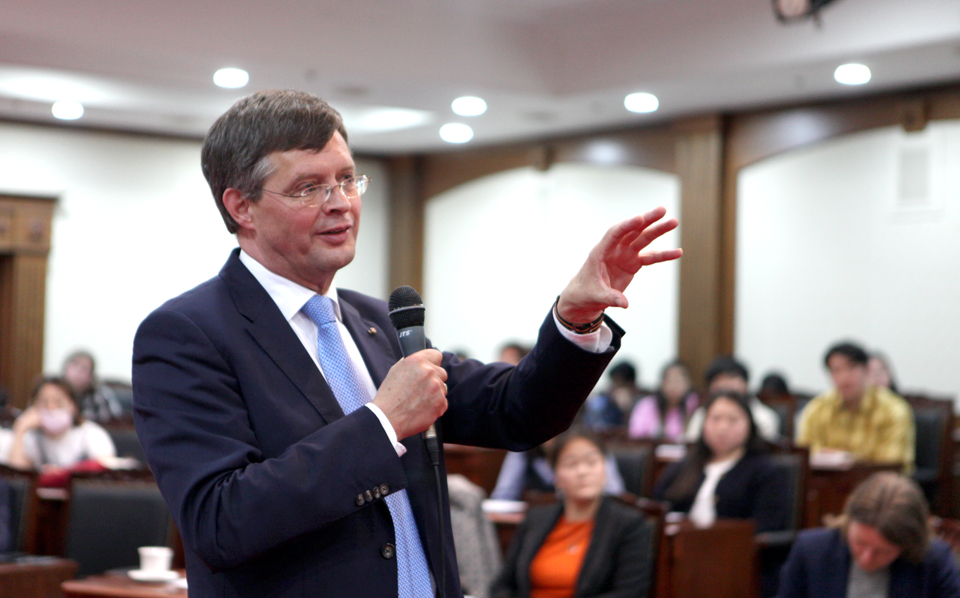 In his lecture, Former Prime Minister Balkenende emphasized the need to address global agenda issues such as SDGs (Sustainable Development Goals), climate change and the global economy from more than just narrow national viewpoints. He also stressed that lasting solutions require innovative responses and cooperation between government, business and academics. Prior to his special lecture, Mr. Balkenende met with Dongseo University President Jekuk Chang and DSU Dean for International Cooperation Chung Chan to discuss future cooperation between universities in the Netherlands and in Korea. 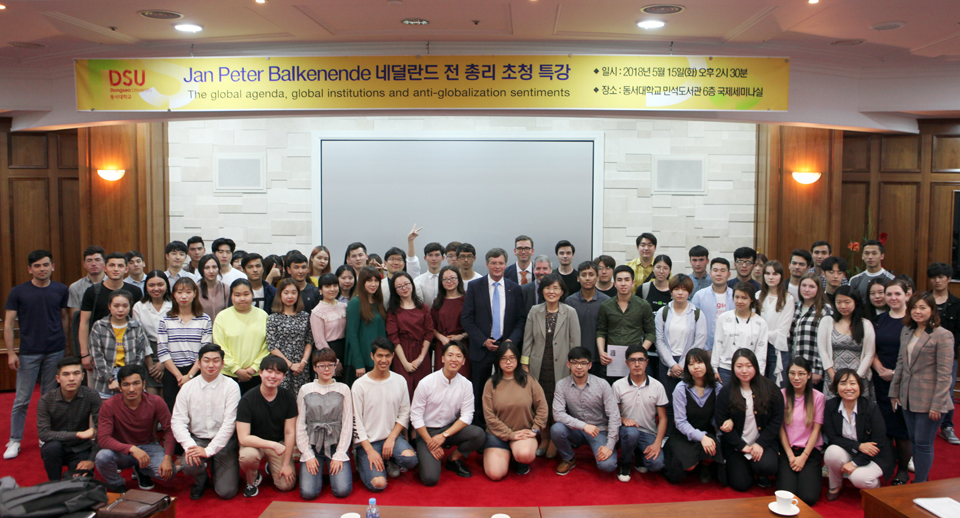