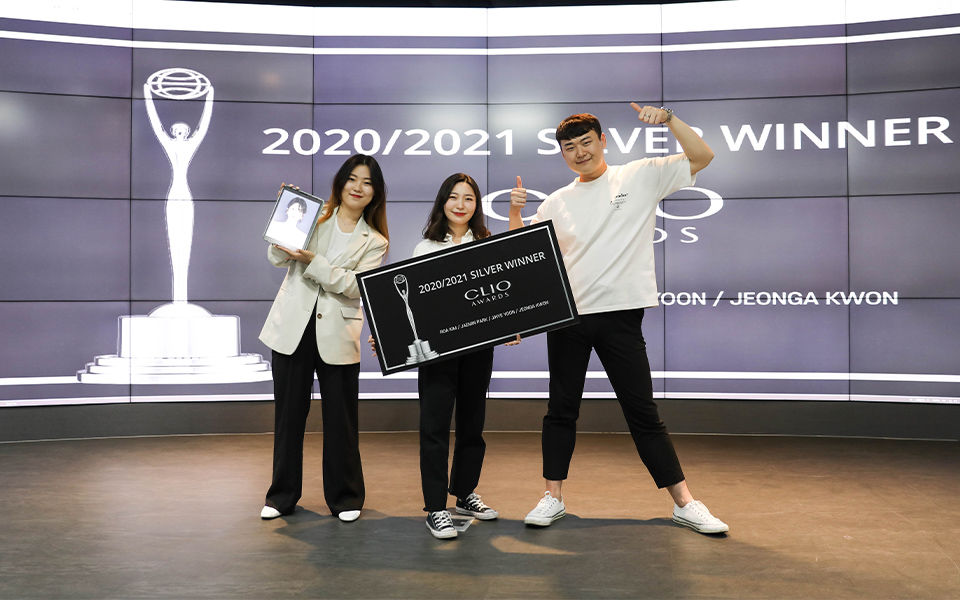 A team of Dongseo University students was presented with the Silver Award at the 2020-2021 CLIO Awards. The CLIO Awards competition is one of the world's top three advertising festivals, along with the Cannes International Advertising Festival and the New York Festival, according to the International Advertising Association (IAA). The CLIO Awards makes no distinction between professional and student participants and evaluates all entries based solely on merit. Since its establishment in 1959, more than 19,000 works from 65 countries have been submitted each year. 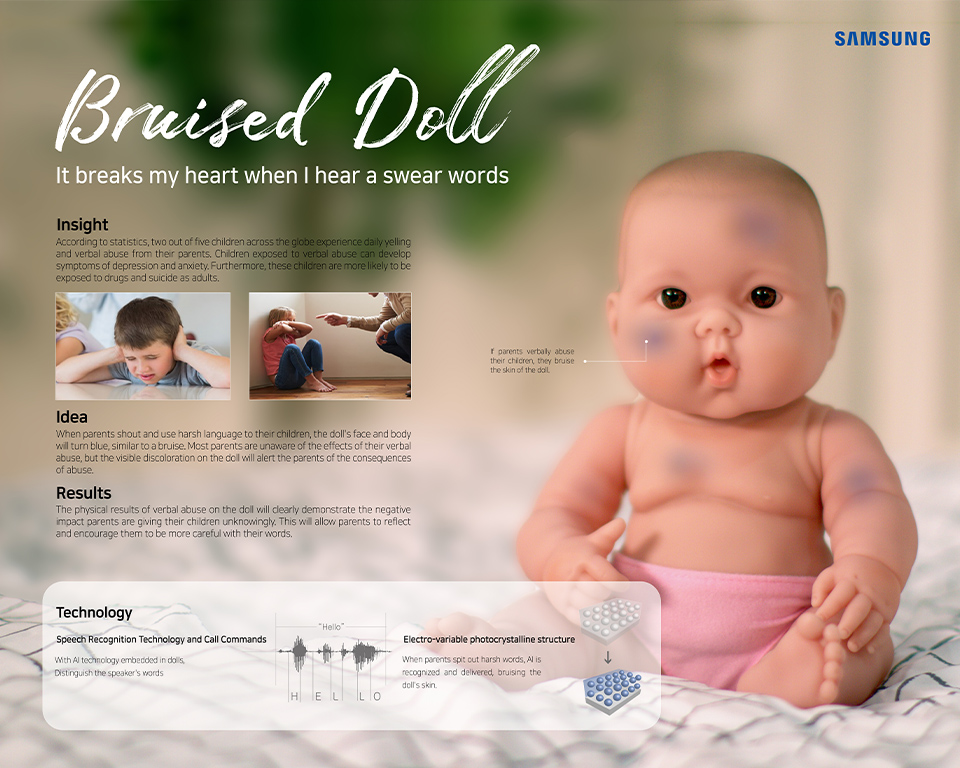 The 2020-2021 Silver Award-winning work by the DSU team was a creation of fourth-year students Kwon Jeong-a, Kim Ro-a, Park Jae-min and Yoon Ji-hye. The title of the work is “Bruised Doll” and the theme is the emotional bruising of children by (sometimes unintentional) verbal abuse from adults. To alert adults to their potentially hurtful words, children carry a Samsung smart doll that immediately displays bruises on its face and body when it recognizes abusive adult speech.

“I spent so much time during the semester and the vacation getting feedback from the professor with a member of the New Media PR practice class team,” said Kwon Jeong-a. “I'm so happy that our team’s work was recognized with this award.”

Teammate Yoon Ji-hye agreed. “I used to envy the people who won awards,” she said. “I started this project in class, and I'm very moved because I didn't think we would win a prize at the world's prestigious CLIO Advertising Festival. Thank you so much to the professor who guided us from start to finish.”

The work was created under the guidance of Professor Ryu Do-sang of the Department of Advertising Creation and was made possible by a capstone design support program for Dongseo University LINC+ Business Group.

This latest win at an international advertising festival continues a remarkable trend. In the past six years, DSU teams have won 13 prizes at Germany’s Reddot Awards, a Winner Award at the New York Festival and six ministerial awards at the Korea Design Exhibition.
LIST