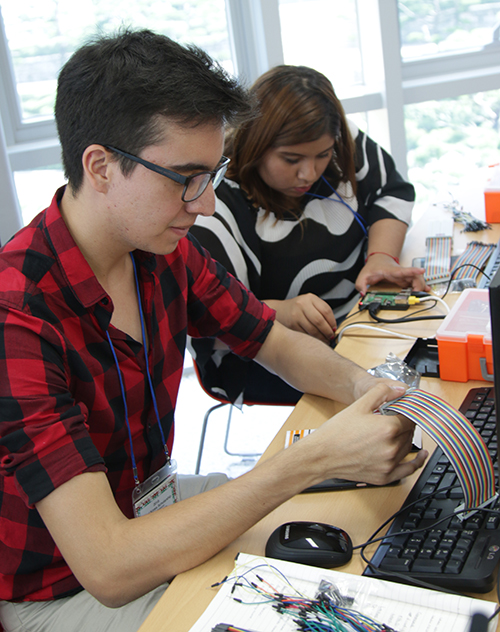 The GKS program at DSU will be in the field of ICT Convergence. Dongseo University will provide in-depth ICT education to 20 students from Latin America who majored in Computer Engineering, Content Engineering and Digital/Media Engineering. The training will last five weeks, from July 8 to August 9, 2019. All fees will be covered by the program for the students from Latin America, including airfare, dormitory expenses, tuition and insurance.
Last year, as a host of the 2018 GKS program, Dongseo University received 20 students from 17 universities in 11 Latin American countries. The students who received GKS training at DSU in 2018 were selected for excellence for their project called Multi-model User Interface with Sensors, which they presented at an event showcasing project results.
LIST