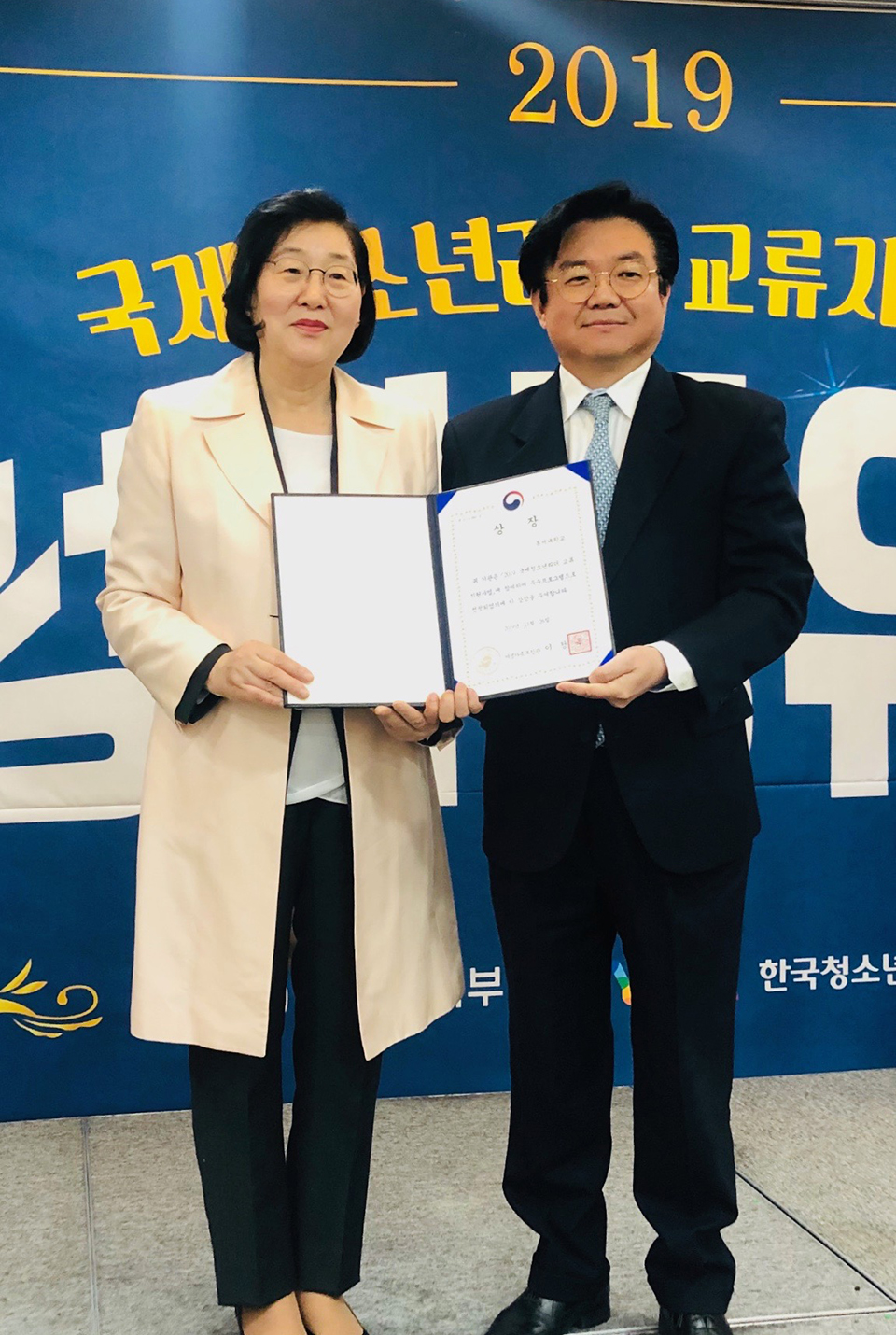 Dongseo University’s International Affairs Office was selected as running an excellent program among 15 participating universities at the 2019 International Youth Leader Exchange Support Project Performance Sharing Event, which was hosted by the Ministry of Gender Equality and Family and the Korea Youth Work Agency on November 26. The performance sharing event was held on the second day of the ASEAN-Republic of Korea Commemorative Summit. 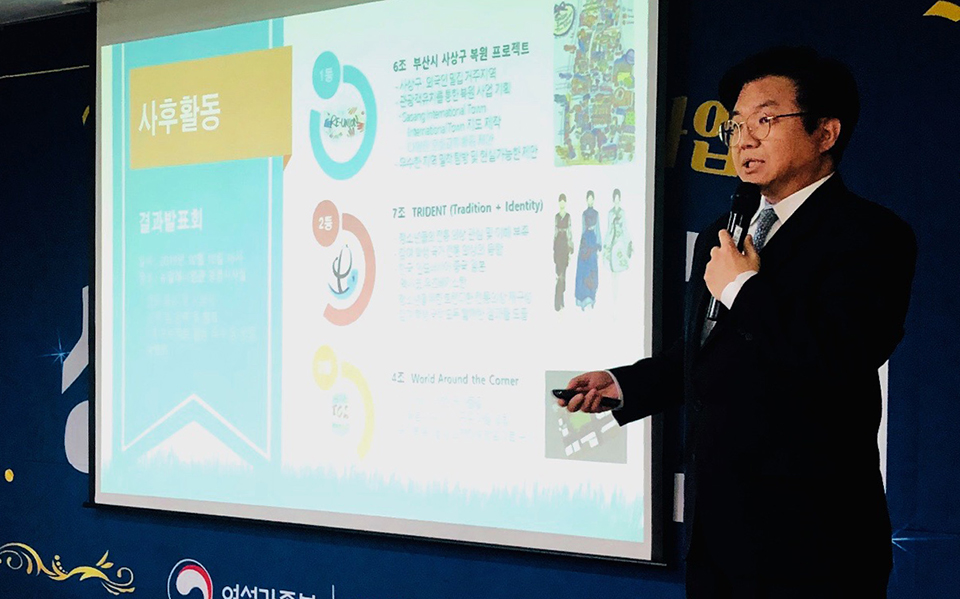 Dongseo University had been selected as a project management organization earlier this year; the university operated a program on the theme of “Asian Hub Busan, Dreams of Global Youth” from September 19 to October 10. A total of 102 Dongseo University students, including 42 Korean students and 60 international students, were divided into ten teams for the program. The teams conducted projects by focusing on local industrial sites, urban regeneration, design, film, start-ups, and by visiting Ulsan Hyundai Motors and the historic city of Gyeongju. 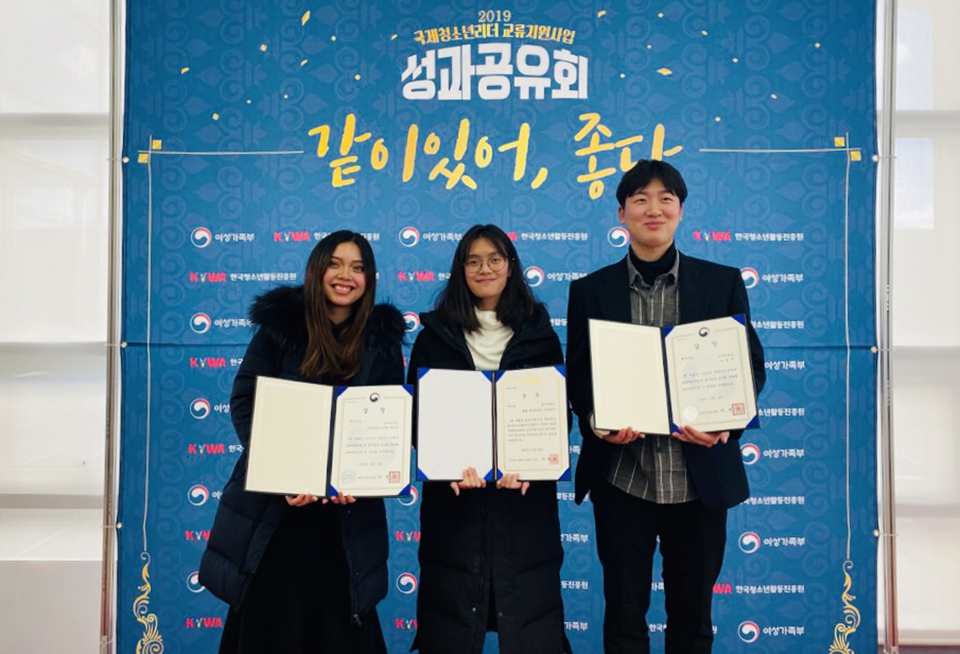 Four students who took part in the Dongseo University program were selected for Excellence Awards. Lee Chang-ki (Department of Tourism Management) and Pramodita Kyara Aysha (Department of Film & Video) were given the Ministry of Gender Equality and Family Award. Seo Yu-bin (Department of Events & Conventions) and Helen Emmanuella Angelia (Division of Digital Contents) were given the Director of the Korea Youth Work Agency Award.
Dean for International Affairs Kenneth Hahn said, “Students and staff members worked together to run the program and we are honored to be selected for Excellence Awards. Based on this award, we will prepare a program to strengthen global communication skills among international students.” 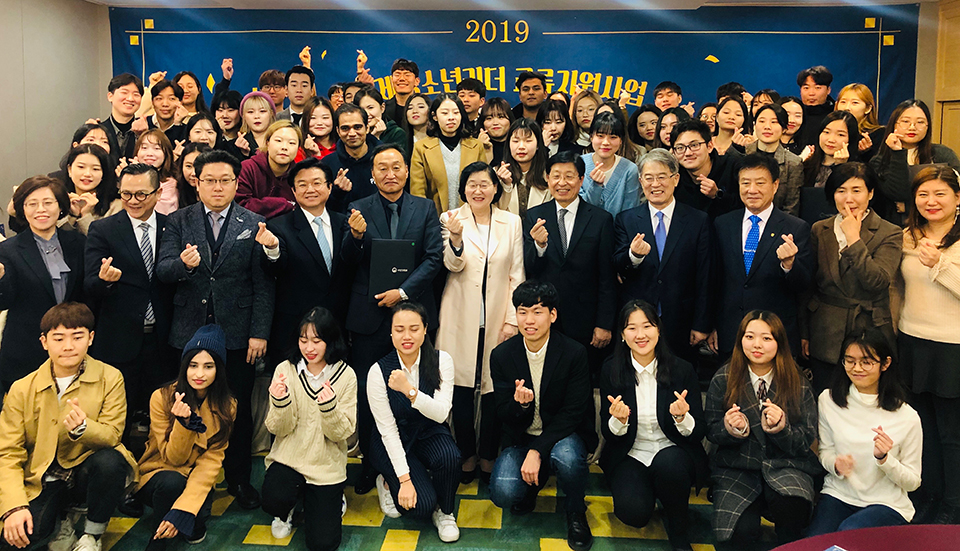