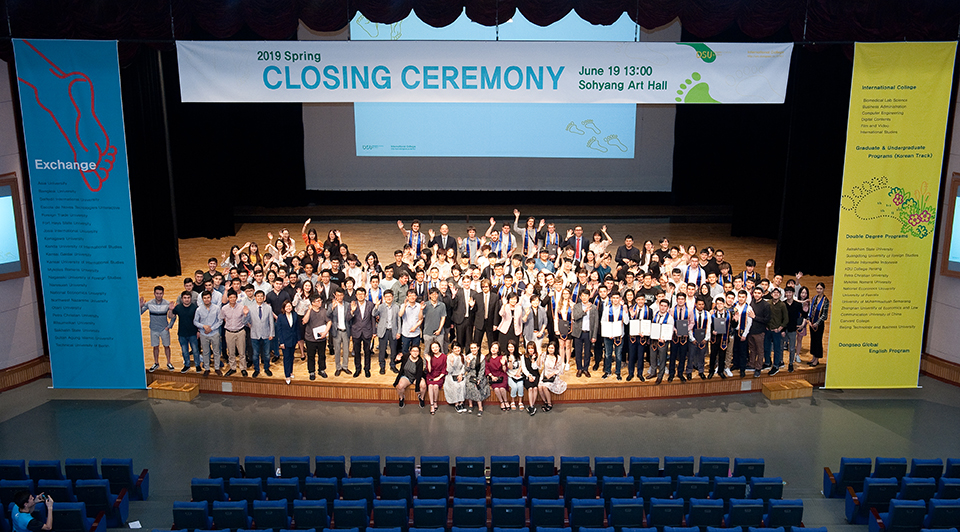 This semester’s event opened with speeches by international students and a congratulatory address from DSU Vice President Jung Sun Kim. Certificates of completion were then handed out, followed by outstanding student awards. Participants cheered as Vice President Kim called the names of the students, all of whom came from countries with different cultures and environments and thus had to overcome difficulties in Korea. Final remarks concluded the proceedings. 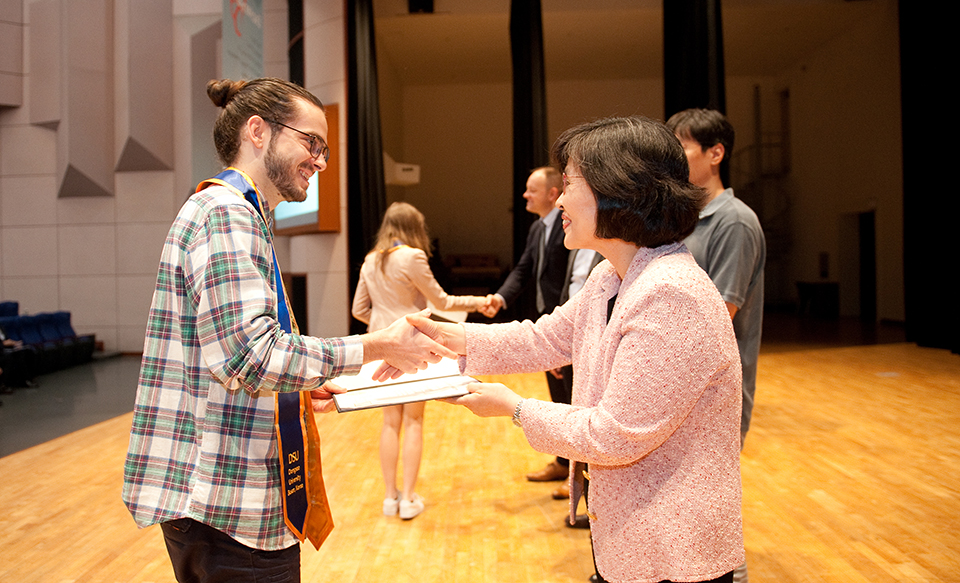 "For some of you, this event will mean farewell,” Vice President Kim told the students in her congratulatory remarks. “For others it will be another beginning, as you await the fall semester. In either case, I want you to do your best to create a bright future for yourselves. I want you to keep in your hearts a room called DSU filled with precious memories that you will never forget.” 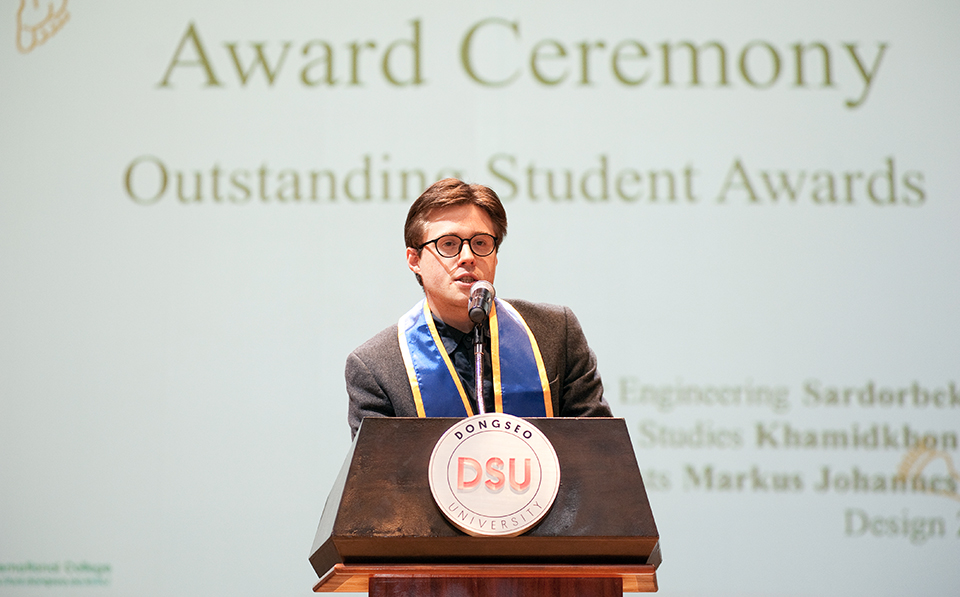 First of all, I would like to thank the great professors of Dongseo University who spent time with us and who helped and cared for students with all their strength.

I would like to thank Professor Park Hong-sik for giving us a lot of advice and trusting in us though our project as well as academics and industry-academics.

And I would like to emphasize the importance of attitude as much as ability to my juniors who are studying now. I would also like to say that success does not come from competing with others, but from being the best you can be.

What we have learned at Dongseo University has helped us develop our abilities so now it is time to build our future with those abilities. Thank you. 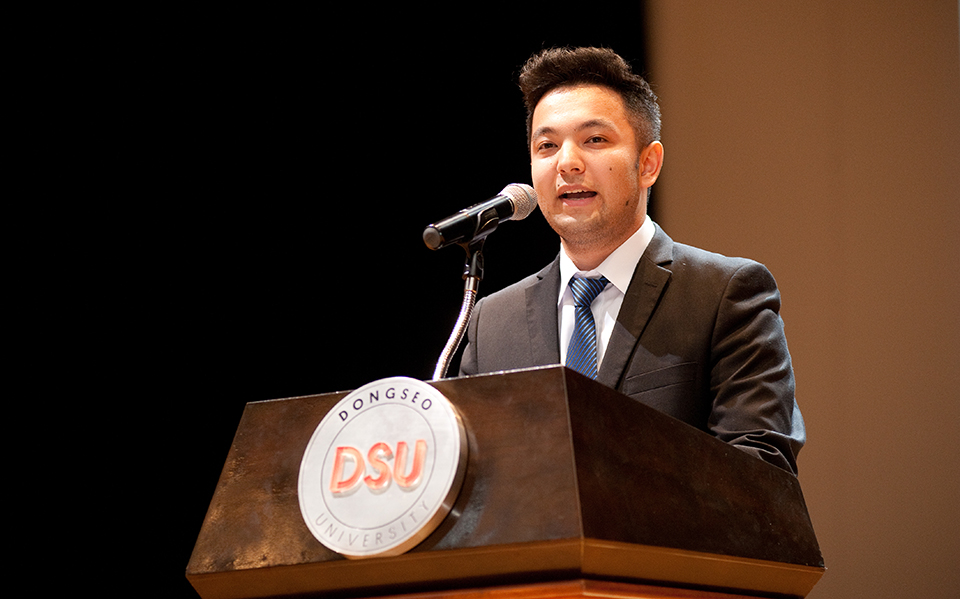 Good afternoon. First of all, thank you all for having me here and giving me a chance to speak. Today is the last day of our school and after this event most of us will choose different paths in life.

The first day when we came to DSU, we had mixed feelings. We were happy to see new things and people but we were missing our hometown and friends that we left there.

I do remember Professor Kim's words. She said that education is like a bank account, and that we should invest into it as much as we can.

From that day, we started our investment at DSU. My study, achievements, and life in Busan, it all comes down to help, and I have got plenty of people to thank for that: parents, professors, IC college and my friends who are as close to me as brothers and sisters.

I want to say to my juniors to be yourself.

We've endured good times and bad, but we've gotten through it all together. In our freshman year we were somewhat unsure of ourselves, lost on a large campus and apprehensive about what our future would hold for us. As we usually say, BDAD (Before Dongseo, After Dongseo): we had our life before Dongseo and now we are willing to embrace our bright future after Dongseo.