Professor Migliore, who is also an executive director of the global fashion giant MaxMara, first attracted the attention of the Korean media with his Seoul exhibition MaxMara Coats! Recently, he has received much attention from European media for hosting the 70th anniversary of the foundation of Minotti, an Italian line of luxury furniture that is widely regarded as the best modern brand in the interpretation of traditional design, at the Royal Villa of Monza. 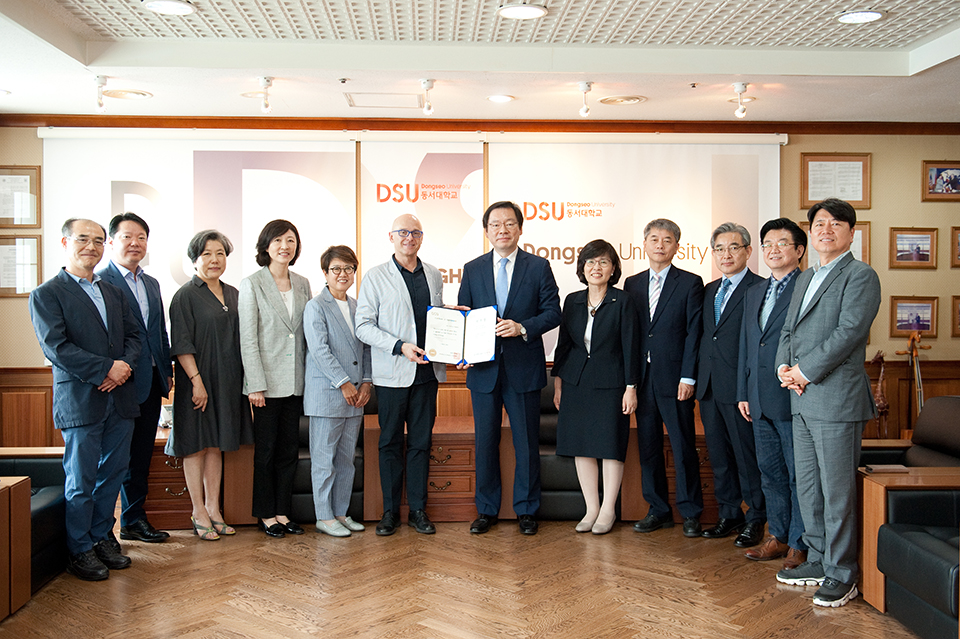 The appointment of Professor Ico Migliore is expected to broaden Dongseo University students' design vision through special lectures and workshops. Also, during vacations DSU students will have the opportunity to intern at Professor Migliore’s Milan-based architectural firm Migliore + Servetto Architects. The firm, which Professor Migliore founded in 1997 with his wife and fellow architect Mara Servetto, has gained renown through numerous projects such as the space design for the New York Museum of Modern Art, the Torino City Regeneration Project for the 2006 Winter Olympics and the Chopin Museum in Warsaw, Poland.

Professor Migliore is expected to become an integral part of a pool of Design College talent now being formed, with other renowned scholars from abroad expected to join in the coming years. President Chang said, "We will invite scholars from around the world to hold regular workshops and intensive lectures so that our students can develop into talented designers who can succeed on the global stage."