Dongseo University’s Division of Computer Engineering was selected for excellence in both the software field and the information-communication field at the University Evaluation from the Perspective of Industry for 2017. Its educational curriculums were recognized as outstanding in meeting the needs of industry. The results were announced on April 18 by the Ministry of Education and the Korean Council for University Education.

The University Evaluation from the Perspective of Industry for 2017 was focused on the fields of software, semiconductors, information-communication, petrochemistry, and cosmetics. A total 160 faculties from 75 universities were evaluated by representatives from 2027 companies, including board members from 39 major enterprises such as Kakao, LG Electronics, and COSON. University specialists also took part in the evaluation.

Dongseo University was one of 16 universities to receive the highest award in the software field; the others were Konkuk, Kyungnam, Kyungsung, Kyeongil, Gwangju, Dong-Eui, Sogang, Sunmoon, Sookmyung, Soonsil, Woosuk, Chung-Ang, Hallym, and Hanyang. In the information-communication field, DSU was one of only six universities to receive the highest award; the others were Kwangwoon, Dongkuk, Dongsin, Dong-Eui, and Chung-Ang. 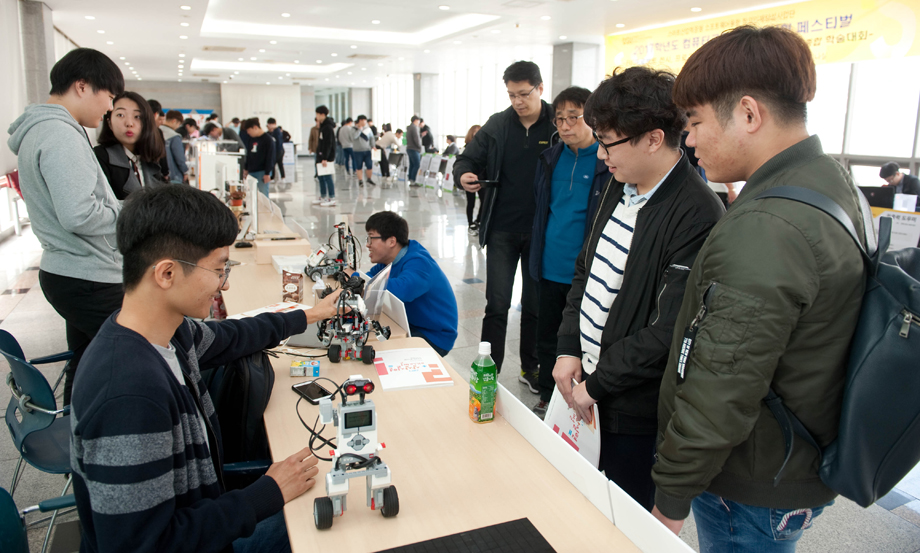 Cho Dae-, Head of Industry-Academia Cooperation, said “For industry, it is important that students pursue customized curriculums based on their own individual characteristics and talents rather than pursue a standardized curriculum. At Dongseo, we have created an SW-curriculum manual which explains the routes that students may follow along with their path to graduation.