The Story of DSU 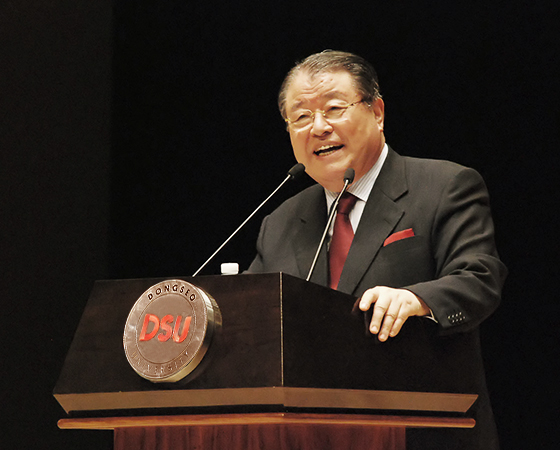 “Focusing on Christian values, I shall cultivate students who realize a well-balanced development of intelligence and emotion through intellectual and hands-on education for the mind and heart.”

Dongseo Educational Foundation was established in 1965 by “Minseok” Chang Sung-man, PhD. Its founding philosophies are based on the realization of Christian values. Under the foundation, Dr. Chang established three institutions of higher education: Kyungnam College of Information & Technology (opened in 1965), Dongseo University (opened in 1992), and Busan Digital University (opened in 2002). As many as one hundred thousand students have graduated from the institutions so far. Currently, they are attended by about 20,000 students and employ roughly 1,000 faculty and staff members.

Building a Strong Nation through Education

In 1961, Dr. Chang graduated from Osaka Biblical Seminary. Then in 1964 he completed a graduate program in Cincinnati in the U.S., and in 1975 he went on to receive a PhD from Midwest University in the U.S. During his time in Japan and the U.S., he came to realize that America was an industrialized society centered around engineers. He began to believe that for Korea to be prosperous, Korea must also focus on technology. He toured about 50 churches in two dozen U.S. states, and gave lectures in 20 states, attracting many supporters. He then organized the Korean American Supporters’ Group (which later became the Council of the Korean American Foundation). With assistance from missionary Rash, who was his teacher, he founded the Dongseo Educational Foundation on Feb 1, 1965 and opened the Youngnam Christian Vocational School, which later became Kyungnam College of Information & Technology.

Capitalizing on His Talent in Politics

Dr. Chang Sung-man was elected as a member of the 11th National Assembly in Buk-gu, Busan, and won the 12th general election as the only member from the ruling party. He served as a chairman of the policy planning committee for the party in 1985 and was appointed as a vice chairman in 1987, displaying his outstanding political capability. Known as a diligent politician during his days in politics, Dr. Chang achieved many things for the people, such as enforcement of a medical insurance system, implementation of a minimum wage system, development of seven welfare policies, etc.

In December 2005, along with other pastors and elders in Busan, Dr. Chang Sung-man founded the “Christian 21st Century Forum” and served as the first president of the board. He rolled up his sleeves to raise funds for releasing the Korean fishermen of the Mabuno ship captured by pirates in the sea near Somalia. In November 2007, he even contributed private funds of 100 million won to give 100 children (middle and high school students), who were heads of their households, one million won each. In 2008, he resigned as Chancellor of the Dongseo Educational Foundation and established the 21st Century Forum Culture Foundation through which he devoted himself to a scholarship project benefitting greatly talented yet financially disadvantaged individuals.

In the 1950s, Dr. Chang organized the Christian Writer Association of Busan and acted as its first chairman, publishing monthly magazines including Christian Literature, Agape, Logos, etc. He wrote every day for 2 hours and produced 25 books. Among those books, the work titled Wisdom Needed in Digital Society was translated into Chinese and included in a list of 100 good books selected by the Chinese Ministry of Education. He received the Busan Culture Prize in 1977, a commendation from the president (for contribution to education) in 1978, and the Order of Civil Merit, Magnolia Medal in 2007. His books include Promised Land; Because of Jesus; 77 Wisdom; Good Habit, Good life; Leader’s Course, Idea is the Power; Wisdom Needed in Digital Society; Plus Power; and many others.

Passing Away, Leaving behind 50 Years’ Fruits

Leaving behind the Dongseo Educational Foundation, for which he had shed sweat and tears for 50 years, Dr. Chang Sung-man passed from this world to join the Lord. On Dec 9, 2015 at 11:00 a.m., Founder Chang Sung-man looked around the campuses built through the Dongseo Educational Foundation one last time — showing deep care for every rock and tree — and said goodbye to the people of Dongseo. 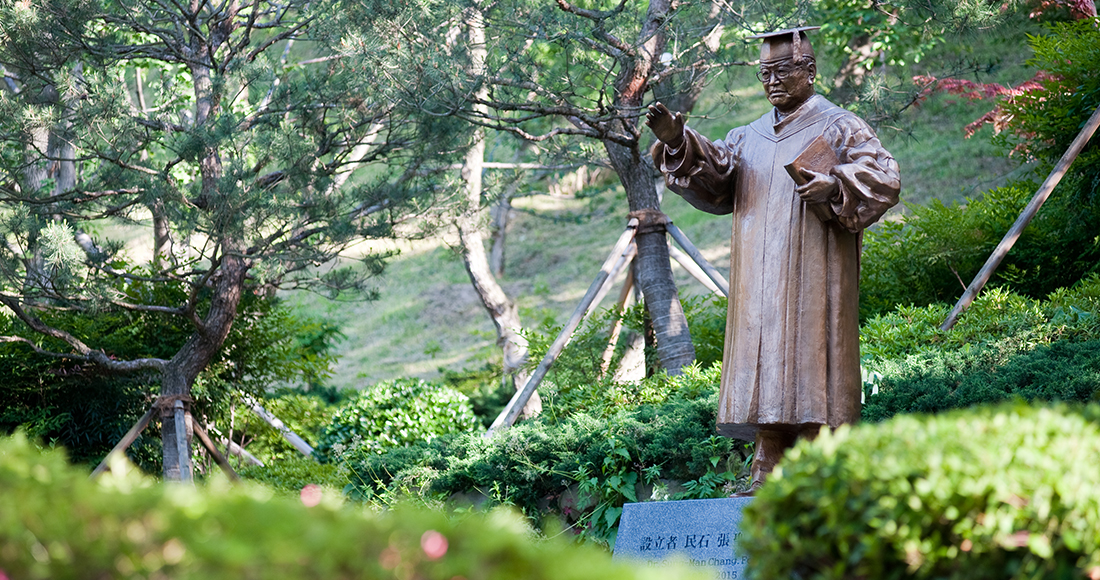